How Long Do Edibles Last in the Bloodstream?

by jessica
5 months ago

Edibles are a perennial favorite here in the Bay Area. Their popularity is no surprise—edibles are affordable, discreet, and dependable. But our customers often ask us, “How long do edibles last in the bloodstream?”

It’s an important question. You want to ensure you’re safe to drive, or perhaps your workplace requires regular drug tests. However, the answer is more complicated than you might expect….

First, it’s helpful to understand how cannabis is absorbed into our bloodstream. When you smoke or vape, cannabis enters the lungs and is absorbed directly into the blood. That’s why you feel the effects almost immediately.

Edibles are different. When you consume cannabis gummies, for example, you won’t feel the effect until your liver breaks them down. It usually takes at least 15 minutes to start feeling high from an edible, and it could take as long as two hours.

So what’s happening? Your liver is breaking down the edible and metabolizing THC. First, it turns THC into a molecule called 11-hydroxy-THC, which is responsible for some of the psychoactive effects.

Eventually, that molecule will be metabolized into a form called THC-COOH. It’s inactive, which means it won’t cause any more psychoactive activity. However, THC-COOH can stick around, particularly in tissues and fats in the body. And that’s where things get complicated.

Your Likelihood of Facing a THC Blood Test is Low 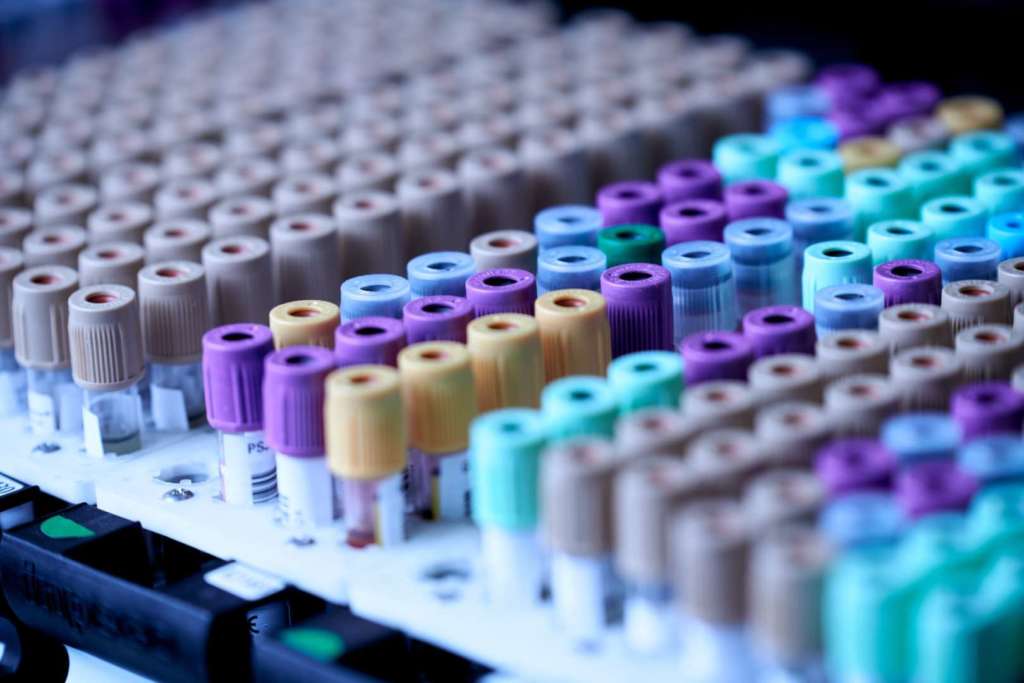 The reality is few people will ever face a blood test for cannabis.[/caption]

Because THC-COOH can stay in the body for a long time, tests for cannabis intoxication can be unreliable. Having THC-COOH in your body doesn’t necessarily mean you’re intoxicated. You could have taken an edible last night or even a week ago.

Most of the time, urine or saliva tests are used to test for cannabis. These tests are quite simple to administer but aren’t particularly accurate. Cannabis isn’t like alcohol—the amount of cannabis detected doesn’t directly tell you how intoxicated someone is.

So in some circumstances, a urine or saliva test will be followed up with a blood test. Blood tests are more accurate but must be carried out by a specialized laboratory.

This happens most commonly in investigations of accidents, such as car crashes. The police, military, or your workplace could require a follow-up blood test if you test positive on a saliva or urine test, but it isn’t standard practice.

How Long Do Edibles Last in the Bloodstream?

As we said, it can be hard to understand how long edibles last in the bloodstream. Regular users may have traces of THC in their blood weeks after consuming cannabis.

However, researchers are starting to explore this question, giving us some clearer answers. This review shows that levels of THC in the blood drop quickly within 3 to 4 hours of consumption, and THC is detectable until around 12 hours later.

But traces of THC could remain in the blood for up to one month, especially for those who use it every day. One study in 2020 dosed monkeys with THC every day for four months. When they tested their blood 24 hours after the last dose, they still found high levels of THC present.

Even trace levels of THC can show up on a blood test, which means blood tests aren’t a good way to tell if someone is intoxicated. But, unfortunately, that defense won’t get you far if you do test positive for cannabis.

If you’re required to carry out a blood test, it’s best to play it safe and steer clear of edibles for a few weeks beforehand. It’s hard to predict whether cannabis will still be in your bloodstream because it depends on factors like body composition, how often you use it, and the potency of your weed.

The good news is that you’re unlikely to face a blood test for cannabis in your day-to-day life. It’s widely recognized that testing for cannabis is complicated, which is why police don’t rely on roadside breathalyzer tests to detect cannabis intoxication.

If you know you’ll have a blood test for cannabis, play it safe and stay off the edibles for a while. Aside from that, don’t worry too much about how long edibles last in your bloodstream!